We have completed the following two stages:

As you can see in the picture the font gets smaller and smaller. When compared to the first words the red colour becomes less and less intensive, finally changing into black. The letters are much smaller than in the first words. However, this difference isn’t visible at all when you take these cards one after another. The change is really subtle so as not to distract and confuse the baby.

As there was a gap on some cards, I put Maja’s name on those using a red felt-tip pen which was a part of our reading set. This resulted in the following cards:

We have already completed comparing quantities with < and  > signs. At the moment, we are comparing different types of equations. It seems that Maja likes maths. First of all, I don’t have to be creative at all like in the case of global reading to make it more attractive. Maths seems to be appealing by itself. I just say: „thirty times two equals ten times six” (30×2=10×6) showing the cards at the same time and putting them on the floor, one next to the other so that the kid can see the whole equation. She is really interested. She either just looks at them or crawls towards them. By the way, the first signs of joy were visible during our previous step when Maja had two cards presented to choose from. She had to decide which quantity is greater or less than the quantity presented. It seemed just looking at the cards made her genuinely happy. Then, my joy at her choosing the right cards made her even happier.

There was neither a “divided by” nor “multiplied by” sign in my maths set. I had to create them as well as “doesn’t equal” sign.  Doing this I made also some other signs as I needed more than just one “+” or “-.” I used a red felt-tip pen which was a part of our reading set. I present one comparison at a time putting it on the floor. Immediately after this, I present the second and the third one. The photo below shows exemplary comparisons from one “lesson” but all together. Starting from the top, we can see the following:

I present everything in English as it was my decision to raise Maja bilingually (intentional bilingualism). Daddy and the Polish language will be involved in the  maths programme  in the future.

I have already mentioned that Doman provides a detailed instruction only when it comes to the first steps in teaching maths. Discussing next steps, he doesn’t go into details. We know, of course, what they are all about but personally, I feel some vital clues and principles to follow are missing. This is why although I am so passionate about his method, I have also some criticism for him. I criticize Doman because even after I have read his book, I still don’t have a clue as for the following:

It would save me a lot of time if Doman had provided a list of ready-made equations with solutions. Although I wasn’t bad at Maths I still have to spend some time counting because I need to make use everything I present to Maja is 100% correct. There are some exemplary equations in Doman’s book but we covered them in two days.

I have been really confused about the “divided by” sign and finally, I started using the one used by Doman in his book as you can see in the main picture introducing this blog entry. However, I am still in two minds about it because ” : ” seems to be more common and even my computer gives me ” : ” and not ” ÷ “. On the other hand, Wikipedia presents the same version as Doman so maybe I will leave it. To make it even more confusing, in the application for mobile phones teaching maths with the Doman method, they use a “divided by” sign like this: ” \ “. I hope that Maja will not get confused about it in the future.

In my opinion, the instructions how to teach kids maths are not always consistent. On one hand, quantities and, later on, numbers 1-100 are enough to master maths. On the other hand, Doman provides such equations as 3 x 5 = 5 x 3 and suggests putting all the cards on the floor so that a baby can see the whole comparison. However, I have only one card with number 3 and only one card with number 5. Due to this reason, if I present a similar comparison of equations, Maja doesn’t see all the cards at once. I show her the equation and the sign ” = ” and then, the cards ” jump “on the other side. There is no such problem with a “zero” card as I can use any blank card or a piece of paper to present this quantity. For obvious reasons (only one set of 1-100 quantities), I try not to have such comparisons very often. I usually choose various numbers so that I can present a comparison of equations, all at once, putting all the cards on the floor in front of my baby.

I have already presented all the flashcards with animals that I have as the English teacher. Right now, I am presenting toys and I was really proud when Maja said “ball” for the first time immediately after I presented her a flashcard with a ball. She just repeated after me. When I flash the cards in front of her my family often joins in and they teach her the Polish equivalents of English words.

Have you found my reviews useful? If yes, share with others. I am really curious which English books do your kids like? I would be pleased if you leave a comment and share your experience.

The Doman method in our life: half a year with reading and math programme

Why did I started following the Doman method in teaching my child? 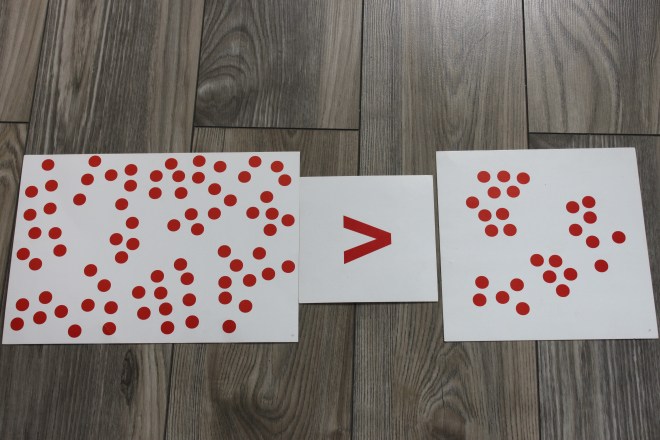 Comparing quantities in the Doman method (Maja is one year old) 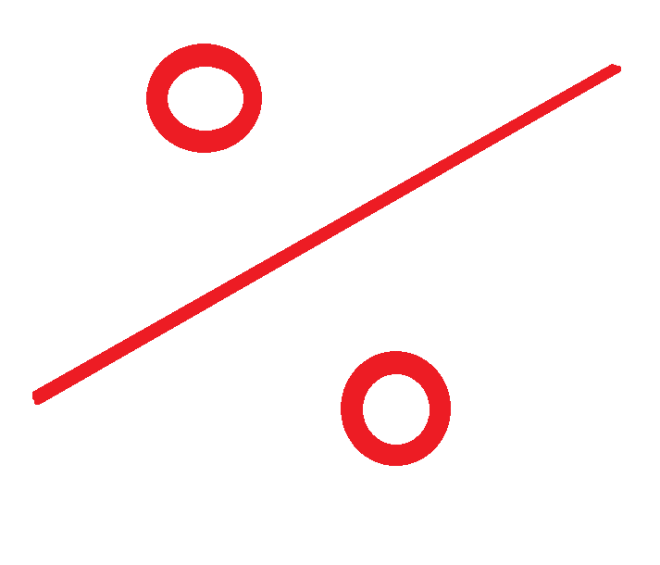