Vocabulary of a bilingual child supported by the Doman method, more words (Maja is 13 months old)

Yeah….a 13-month-old baby and we have a whole set of new words. It seems bilingualism doesn’t cause a speech delay. I have already made a list of Maja’s first words which is to be found here.

Somewhere between “Chinese” and who knows what there are more and more comprehensible words. I have made a list of all new words that appeared during the last 90 days:

nieźle (used only once) – not bad

będzie (used from time to time) – it will be

patrz (used only once) – look

tam (used only once) – there

nie (often and consciously used) – no

day (used only once)

mummy (used only once)

yeah (used only once)

ball (used only once, today)

My little girl even tried to sing “Maya the bee” song. I play it often because of her  name – Maja. Quite recently she was listening to the English version and she seemed to be singing inaudibly.

HOW MUCH DOES A 13-MONTH-OLD UNDERSTAND

I mentioned these questions here. However, we know now for sure she understands them in both languages. When asked about parts of a dog’s or other animal’s body she shows an eye, a nose, an ear… It’s the same with parts of daddy’s body. Nevertheless, it doesn’t have to be a creature or a person she knows. When exposed to new pictures and asked similar questions she can show the answer as well. When I ask her where her genie is she finds it and brings it to me. When asked about our lamps whereabouts she points at them correctly. All in all, I am sure she has mastered questions and answers of this type in both languages. These are the first results of our bilingual education. I have managed to make her understand English by bringing her up in two languages  although we live in Poland (intentional bilingualism).

By the way, questions starting with “Where is” are common in the Doman method while giving problem-solving opportunities to your child. Maja has always a choice of two cards when I ask her, for example:

Where is number 5?  (in the maths programme)

Where is the COW?  (in the global reading programme)

Where is the WHALE?  (when I show her two different illustrations)

When listening to a song about a little finger by Super Simple Songs she raises her hands up when she hears the word “up.” However, towards the end of the song she does the same in the wrong moments. When I say: “hands up” she does the same.

If she hears this verbs she takes her toy genie or other toy and starts making it jump. She can’t jump by herself yet.

She understands that when saying this either in English or in Polish, we expect her to try to repeat the word we say. She sometimes manages to repeat a given word correctly. She did it with the Polish word “tak” (yes) my sister repeated over and over to her. Today she repeated “ball” after me when I showed her a picture flashcard with a ball.

She waves her hand when somebody asks her to wave bye-bye. She sometimes starts doing this by herself when she sees somebody going out.

I think the fact that she tries to take mummy’s blouse off when she hears either of the two words says everything.

We have had a funny situation today. I started singing to her while she was eating. After a while she made her funny gesture to tell me I’m naughty and she intentionally pressed the button on her toy monkey. The monkey started singing and I stopped doing it. I know….I sing out of tune 😛 😛

This is her favourite toy. The sheep always helps her calm down and she needs it to fall asleep..

If she doesn’t want to eat anymore, I say there’s some water on the teaspoon and not food. She always opens her mouth then. This works also in Polish and it’s sometimes the only way to make her finish the meal.

We use it in a similar situation as descibed above. Once she got really excited when se saw an egg. There were meals during which she seemed to have lost her appetite completely but when she saw an egg, she ate it all. My dad told her a white lie giving her something else and saying it’s an egg. This was possible ony once, of course, but it means she understands the word. Now she is careful and always checks if it is an egg or not we give her. By the way, it is her favourite food. She takes after her mummy who eats at least 4 eggs per day

AND EVEN MORE IN BOTH ENGLISH AND POLISH

It is not possible to remember and to note down everything but here are some of our precious moments:

Have you found my experience useful? If yes, share with others.  What about your baby at this age?  I would be really delighted if you leave a comment and share your experience.

Next steps in maths by Doman: fractions, the older the baby, the more challenging it gets  (Maja is 13,5 months old) 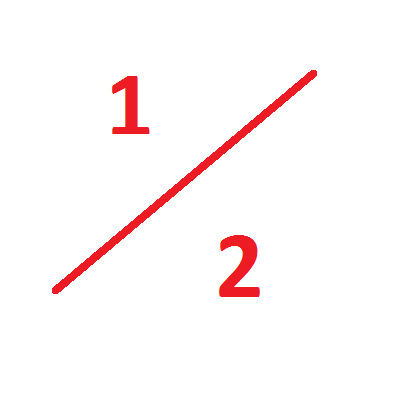 Next step in the math programme by Glenn Doman: number sequences

From a toddler’s library: Usborne books and monster books by Sam Lloyd